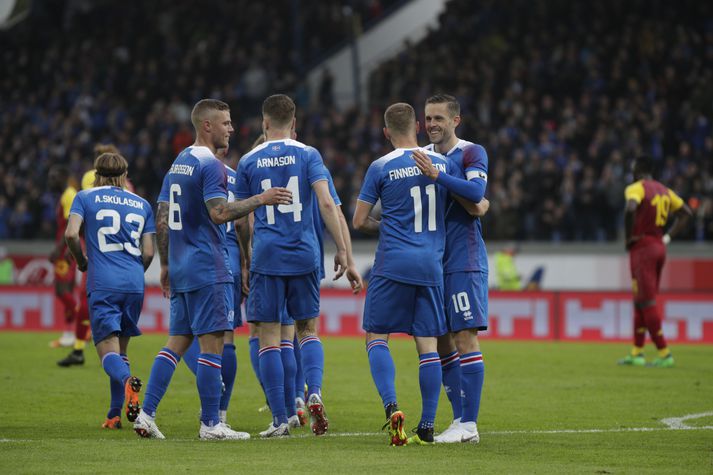 Iceland battled Ghana Thursday night in a friendly game in Laugardalur which ended in a 2-2 draw.

The first Icelandic goal came in after only a few minutes from Kári Árnason and another after 40 minutes by Alfreð Finnbogason.

Unfortunately for the Icelandic team, the Ghana team pushed strong after that second goal retaliating with two of their own after 66 and 87 minutes.

Fans were ecstatic that Gylfa Þor Sigurðsson was again back in a game. Gylfi swung through the stadium as if the injury that shocked the nation in March had never occurred. He lifted the game against Norway with his entry towards the end and seemed to rule over the game tonight.