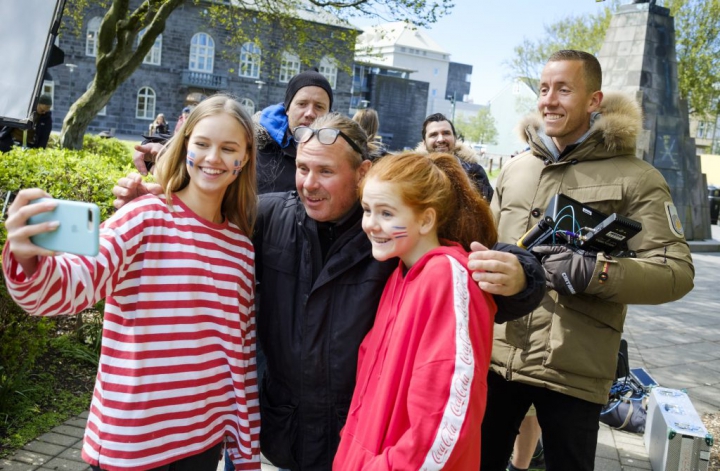 Coca-Cola released a new ad on June 12th focusing on the Icelandic Mens team and their journey towards the World Cup.

The ad, the most expensive ad the company has ever produced in Iceland, and directed by the team’s goalie Hannes Þór Halldórsson, focuses around the Viking Clap that Iceland has made famous. Even though the celebration and intimidation clap/chant wasn’t created by the Icelandic team, it has become something that when heard, people think of Iceland.

“Húh symbolises the heartbeat of the nation. We are together in this as a nation,” says Coca-Cola Iceland’s brand manager Magnús Viðar Heimisson.

Director Hannes Halldórsson said he wanted to create an ad that all Icelanders could relate to. “We players may be 11 on the pitch but we still never feel that we are alone out there,” Hannes remarked. “We feel well supported and feel strongly that all Icelanders stand together closely behind us.”